GPT-3 (Generative Pre-trained Transformer 3) is an advanced machine learning model developed by OpenAI, a company specialized in artificial intelligence. It was designed to predict context from the textual data it receives, making it an extremely powerful tool for researchers and developers looking to create “smart” applications. GPT-3 is based on the transform model previously used by OpenAI, but with several significant improvements. The transform model is a machine learning technology that learns from the textual data it receives. It is a combination of deep neural networks and specialized search engines that can be used to predict context from textual data.

GPT-3 is considerably larger than previous versions of the transformer model, you can try ChatGPT to test it. It contains 175 billion parameters, making it one of the largest models ever trained. This means that GPT-3 can process and understand a much larger volume of text data than its predecessors. Moreover, GPT-3 has been trained on a wide variety of corpora and therefore provides richer and more accurate results. It can take into account a wide range of contextual factors such as syntactic structure, grammar and vocabulary to produce more consistent and informative results. This capability allows GPT-3 to be applied to a wider range of uses.

In addition, GPT-3 provides developers with a simple and intuitive interface for building artificial intelligence (AI) based applications. GPT-3-based AI applications can be created without the need for complex coding or intensive training, making them much easier to develop and integrate into existing systems. GPT-3 is considered a major breakthrough for AI because it allows developers to create “smart” applications without having to go through laborious steps such as manual training or parameter adjustment. It also offers researchers a powerful platform to explore the possibilities of AI and discover how it can be applied to various fields such as robotics, health or industrial automation.

The technology behind the GPT-3

The GPT-3 (Generative Pre-trained Transformer 3) is a cutting-edge technology that was developed by OpenAI, a research company focused on artificial intelligence (AI). This is a revolutionary version of a model called a “transformer”, which is a type of deep model based on neural networks. GPT-3 is a large-scale pre-trained model designed to improve the ability of systems to learn and generate content from initial information alone.

The GPT-3 is the largest model ever trained in terms of data size. It is composed of more than 175 billion parameters, which makes it the largest model ever created. In comparison, the previous largest model, BERT (Bidirectional Encoder Representations from Transformers), had only 110 billion parameters. This considerable size means that the GPT-3 can process and analyze millions of different examples. In order to achieve its unprecedented power, the GPT-3 had to undergo a complex process called “auto-ML”, or Automatic Machine Learning. This process involves automatically training a neural network on large datasets so that it can learn how to process and generate content without being supervised by a human. For GPT-3, this involved the use of a massive dataset called the Common Crawl, which included billions of documents from the web.

Once the auto-ML process is complete, the GPT-3 is able to analyze and generate content without human supervision thanks to its ability to learn the linguistic patterns and structures present in the provided texts. For example, it can parse a sentence and generate a new one that follows the same grammatical structure and uses the same keywords as the original sentence. The GPT-3 is also capable of performing complex tasks such as machine translation, semantic analysis and document classification. It can also be used to enhance the user experience with technologies like intelligent chatbots and virtual assistants that can understand natural language. In addition, it can be used to run advanced applications such as complex expert systems and cognitive systems that not only understand what they have studied but are also able to learn on their own by adjusting to new data they receive.

GPT-3 is a very powerful technology that allows companies and developers to exploit a wide range of AI-related applications thanks to its self-learning and its ability to process a very large amount of data without human supervision. As this technology continues to advance and improve over time, it is becoming a practical tool for developers wishing to create innovative applications focused on understanding natural language and increasing cognitive performance

The impact of GPT-3

The GPT-3 (Generative Pre-trained Transformer 3) is a revolutionary technology based on artificial intelligence that has been developed by OpenAI, a company specialized in artificial intelligence and robotics. This technology has proven to be very effective and versatile in many areas, including content generation, natural language understanding and translation. GPT-3 is a language-based preprocessing model that can be trained on a large number of data sets to produce accurate results.

The impact of the GPT-3 is undeniable, and it is capable of performing tasks that were previously impossible with artificial intelligence. It is now possible for GPT-3 based software to understand human language faster and more accurately than ever before. In addition, the GPT-3 is also capable of generating content from unstructured data such as articles, books or conversations. The GPT-3 is also being developed for commercial applications.

For example, companies like Microsoft and Salesforce are using GPT-3 to improve the customer experience by providing real-time contextual support to their users. Similarly, companies like IBM are using GPT-3 to improve the quality and accuracy of natural language processing in conversational systems. Finally, GPT-3 is also very useful in the medical field. Studies have shown that this model can be used to correctly diagnose certain diseases such as depression or anxiety based on a simple dialogue between a patient and a doctor. In addition, GPT-3 can also be used to create practical algorithms that help physicians make faster and more accurate decisions.

GPT-3 represents a significant advance in the use of artificial intelligence to take technologies to the next level. With its power and versatility, it offers businesses a variety of opportunities to improve their services and products while providing consumers with a better customer experience. The potential implications of GPT-3 are therefore very important for the future of artificial intelligence and related technologies. 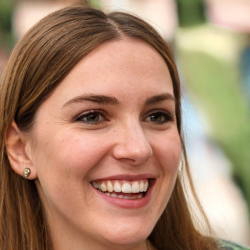 WhatsApp Chatbot: why and how to create one?

Conversational robot: definition, advantages, what use?